Not So Berry Challenge Scenarios 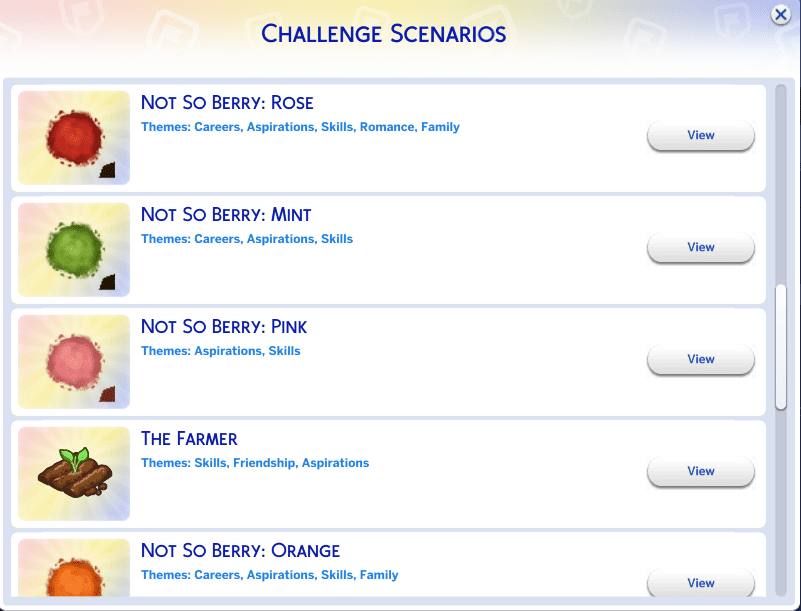 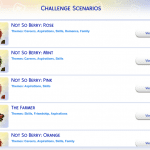 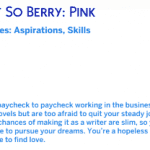 Not So Berry Challenge Scenarios

This one was a request by MTS user sandrabluebaby, who wanted to see the Not So Berry Challenge by lilsimsie and alwaysimming translated to scenario form. The rules, both overall and for each generation, can be found here, though I’d also like to hope they’re explained okay in the scenario itself ^^;

Foibles:
* For Rose, ‘get married for the first time as an elder’ has no specific goal attached to it, since I cannot currently find a way to give the primary sim that caveat without leading to a game crash. The same also applies to marrying a Neat Sim for Grey; that’s reduced to just marrying a Sim. (‘Marrying a coworker’ for Peach, the game can handle. Don’t ask me how.)
* The ‘different worlds’ goals for Plum and Peach are met by moving house, not necessarily by moving world.
* There’s currently no way for the twins goal for Orange to fail, either by having one baby too many or one baby too few; attempts to do this led to, again, a game crash.
* Remember for Green that, for some reason, seasonal holidays count as social events as well.
* Blue and Blue alone must start their scenario as a teen, to fulfil the ‘high school sweetheart’ aspect of the goal.

All scenarios have been tested as thoroughly as possible, but knowing me there may still be some things that have slipped through the cracks. Any glitches, let me know and I’ll patch ’em out ASAP!