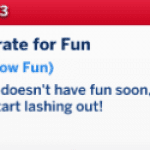 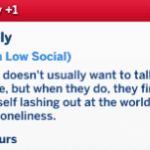 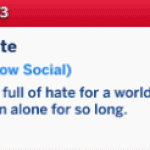 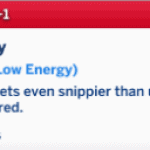 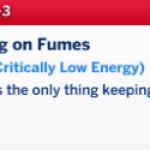 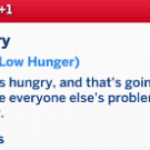 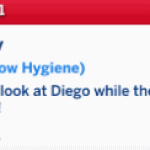 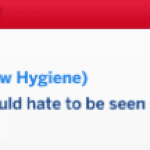 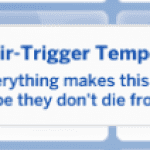 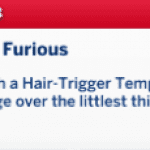 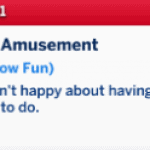 Everything makes this Sim angry! Better hope they don’t die from it…

This trait is meant to serve as Hot-Headed on steroids, essentially. It conflicts with Cheerful, Gloomy, Hot-Headed, and my Gentle trait, Many buffs are replaced with Angry ones, including most of the buffs for low needs. On top of this, Angry moodlets wear off 10% slower. Keeping this Sim alive may end up being a challenge if you don’t have a mod to suppress emotional deaths!

-Their short-tempered nature makes them difficult to get along with. So difficult, in fact, that relationship gains will be halved while losses will be doubled. This also makes Social skills harder for them to learn by half.
-With Parenthood, they’ll have a penalty to Empathy, Emotional Control, Conflict Resolution, and Manners.
-They have the following Whims: Throw Tantrum, Fight a Sim, and Kick Trash Can.
-They have the following occasional buff:
-Feeling Furious- +3 Angry
-Sims with a Hair-Trigger Temper fly into a rage over the littlest things.