Fixes to Nyx’s Witches and Warlocks 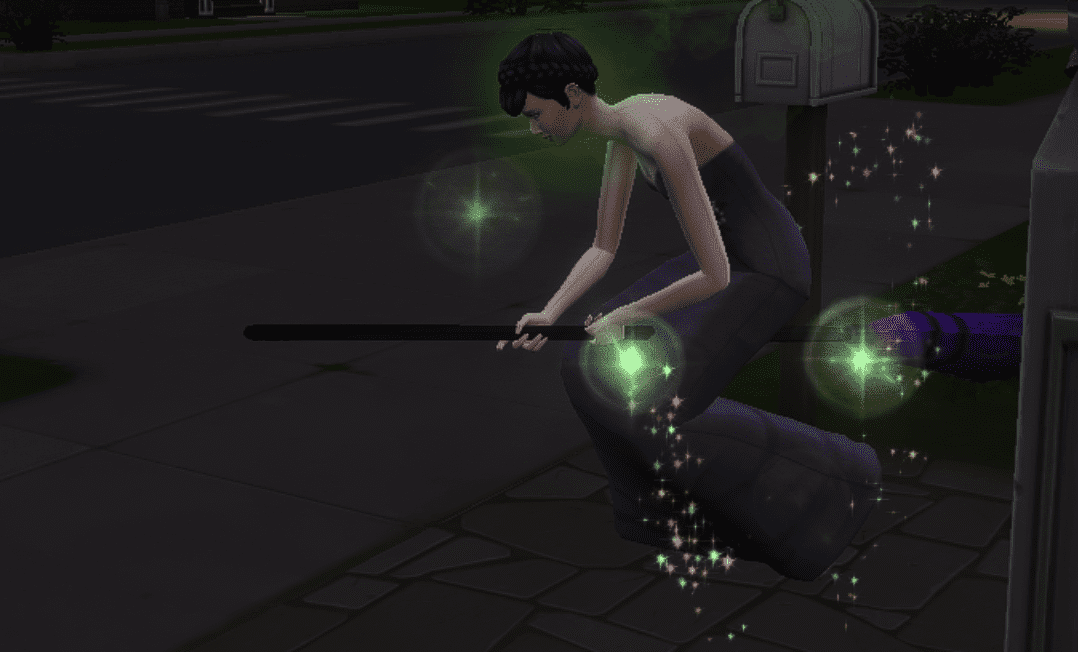 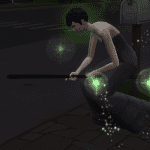 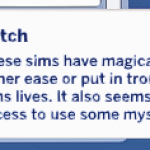 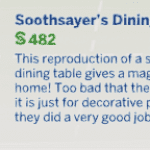 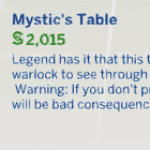 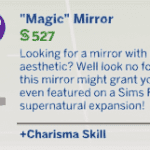 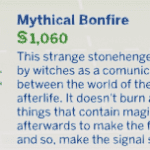 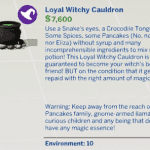 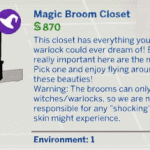 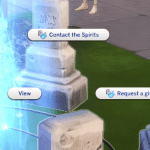 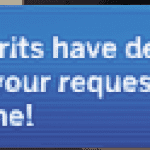 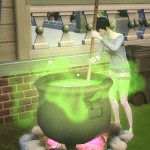 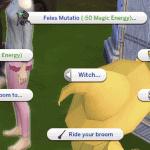 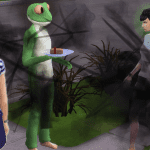 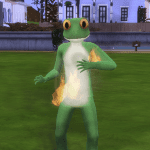 Fixes to Nyx’s Witches and Warlocks

Note that while there are a lot of items listed among the included content for documentation’s sake, they’re for the quest and thus will only be encountered during it! The cat form is also composed of several smaller CAS parts that make up the entire cat.

I worked on these fixes a while ago but hadn’t gotten around to writing the description for it. As with many other Nyx mods, this was a bit broken, but honestly far less so than for example, Death Angels had been.

Seeing as this predates RoM, this technically only requires base game, but some of the vfx come from Vampires and thus I believe it would behave very weirdly without it.

Overall? This mod contains both gameplay and a storyline, so like. Have fun. That said, please read over the list of fixes, since I focused on the reported issues as well as those I encountered.

Fixes:
Unmerged the components of the Witch trait (don’t worry, they’re still inside a folder)
Broom Interactions are now within the Witch self-target pie menu
Changed folder positioning so all ts4scripts can be less than 1 folder deep without losing track of them
Opening the game with the mod installed triggered an LE (it was triggered by a broken rabbit hole, deleted it but backed it up in case someone remembers what it was supposed to do)
Frog Metamorphosis spell not showing up (this randomly fixed itself when I unmerged the Witch trait)
Sims t-pose when equipping a broom from the broom closet (fixed, though the broom is still invisible when not in use)
Asking the spirits for gifts gave nothing even when successful (fixed)
Mixing on the cauldron will actually give you potions now. Beware, though, mixing a single potion still drains almost all your energy, so you can’t just spam potions!

With that out of the way, allow me to explain the mod to you. Feel free to ask any questions!

Being a Witch/Warlock:
It’s a CAS trait, so just give it to your Sim and have fun!
Witch energy is hidden, but you’ll know when you run out and have to wait a bit to be able to cast spells.
You can click on your witch Sim to meditate a bit and restore your energy a bit faster.

*note: the transition is some fresh cursed content when it lags, since the Sim will deform before performing the cat actions if your game is slow

Special witch objects:
Soothsayer’s Dining Table: A table that exists! You might need it later on, though.
Mystic’s Table: Witches can use this to try and see into the future, giving them positive or negative buffs depending on their luck.
Mythical Bonfire: Witches can try to contact the spirits using this, as well as request gifts from them. Note that there isn’t always a positive result, and most of the gifts will be sugar skulls, unless you get really lucky.
Loyal Witchy Cauldron: Required for trying to make potions, like love and happiness potions. Equivalents to ambrosia and potion of youth are also possible. Note that this isn’t easy, as using the cauldron will drain your energy very, VERY quickly!
Magic Broom Closet: You need this to pick up a broom** that will then enable your Witch’s ability to go flying around in a broom.***

Investigation Quest:
Quest that can be started by investigating the Morgana Goth statue.
Following the quest will grant your Witch additional powers (oops spoilers)

The mod is in English for all languages. I’m sorry but I don’t have the energy to do a Spanish translation across so many string tables right now.

Credit:
NYX. ALL THE CREDIT TO NYX/NEILSIMMING.
People on my DMs and sorceryhiatus on tumblr for helping me figure out what was broken with the mod!
Also thanks to Mod Constructor v4 and S4S for existing, and helping me sort through what functional components should look like.