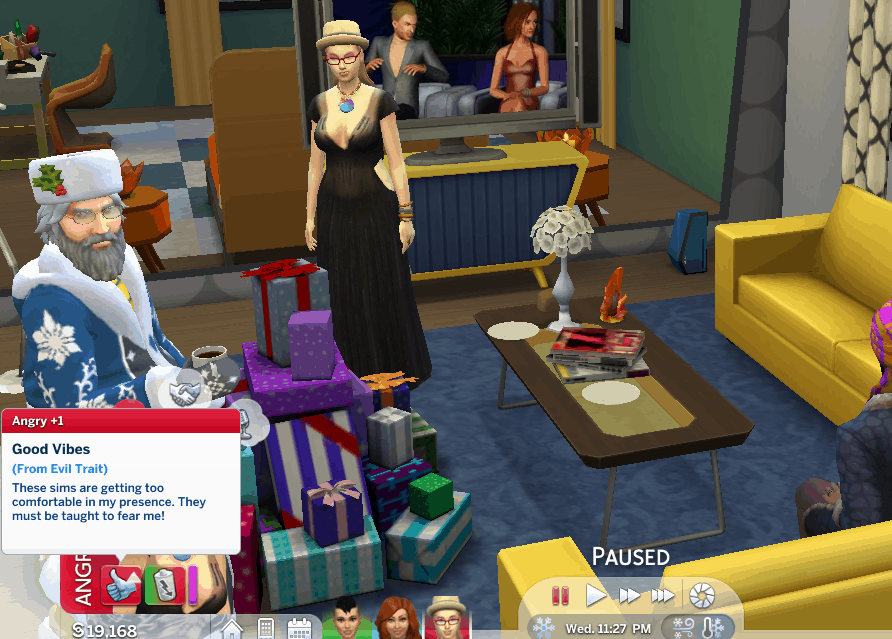 Experience tells you that Mean is a more fun trait than Evil. No longer! This package makes the Good and Evil Traits more interesting/powerful, adds drawbacks, and enhances the social dynamic between the two factions.  Contains two separate packages, one for the Good trait and one for the Evil trait. Either can be safely installed independently.

Changes for Evil:
-Changes the Near Misery buff from Happy to Playful, so that your sim will mock the target’s misery instead of giving out heartfelt compliments.
– After being around positive emotions for too long, your sim will no longer be able to tolerate such sincerity. (And become slightly angry.)
– Your Evil sim will get Tense after interacting with a Good sim, rather than angry.
– Other sims now react to the Maniacal Laugh, similarly to the way they do for swearing.

Enhancements for Good:
– Lengthens the duration of the Positive Vibes buff slightly.
– Reacts in Righteous Anger when dealing with an Evil Sim (instead of getting Sad).
– Gets empathetically Sad interacting with sims dealing with negative emotions.