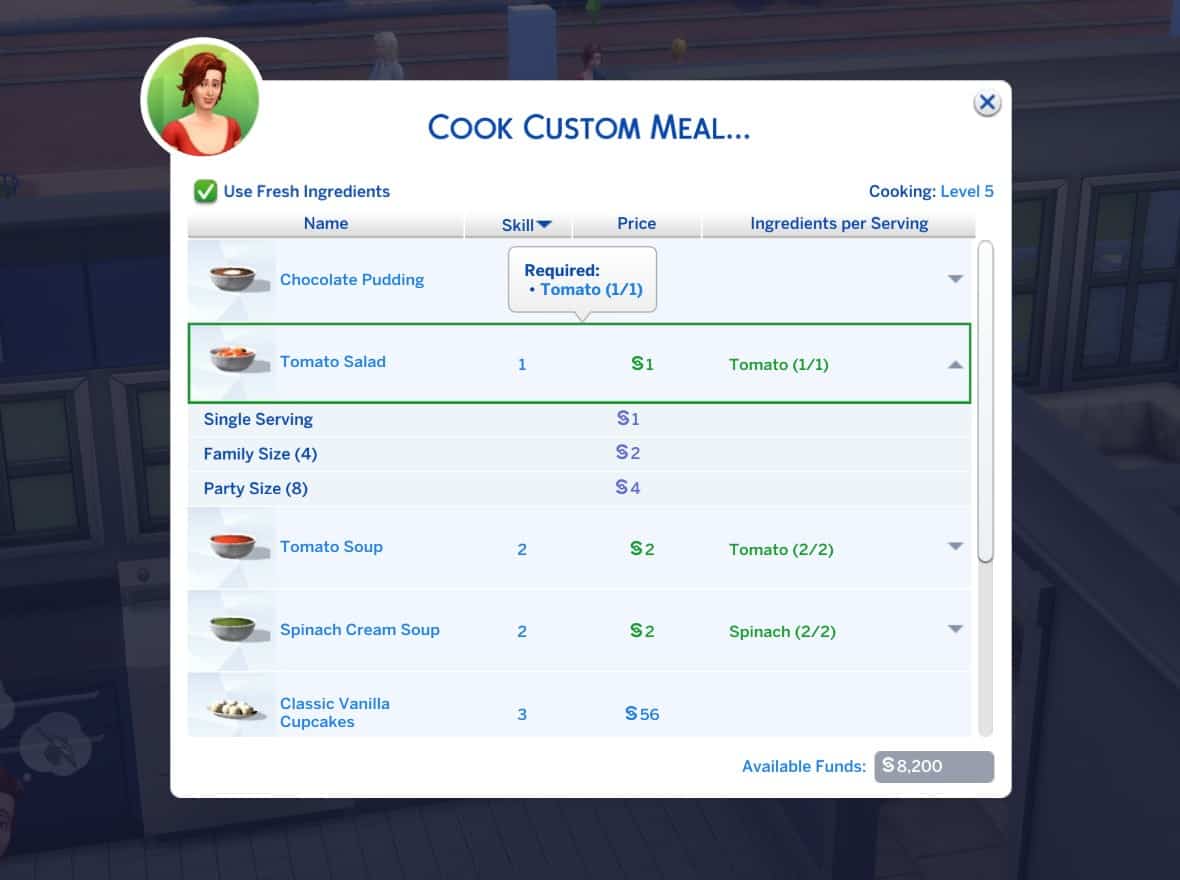 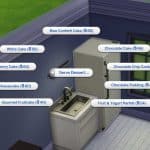 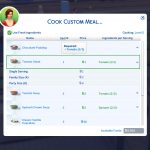 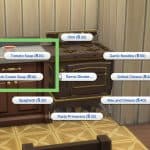 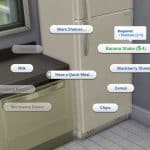 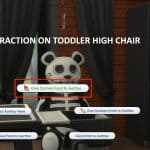 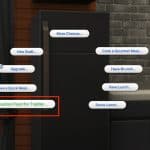 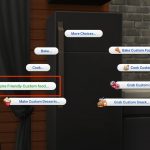 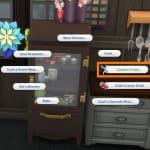 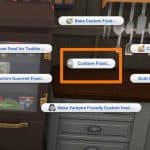 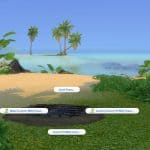 These are custom interactions + some extras that are used to make custom foods, plus a script that adds the interactions to various stoves and fridges in game. They were originally posted by plasticbox in this upload but we moved them over to a group account to be able to maintain them better.

Quote:
Please note that the recipe lists by members are only the announcement of upcoming recipes. We will update this post to link to the actual recipes each time new one is released. You can also use #Custom Food tag for searching completed recipes.

Q2: My game version is up to date, but the [Cook Custom Meal] interaction still won’t show up from stoves/fridges.
A: Have you allowed script mods in the game setting?
A: Is your Custom Food Interaction also the latest version?
A: Are BOTH .package and .ts4script files installed?
A: Is your .ts4script in the right place? Please read the Installation section for detailed information.
A: Make sure you didn’t accidentally install duplicated files in different folders.

Q3: All interactions show up in game, but when I click the interactions there is no food or only certain food in the selection menu.
A: This post only provides the scripts that enable custom food to show up in game. You need to get the actual food meshes and their cooking recipes from other posts. Browse the #Custom Food tag to get custom recipes.
A: Each recipe requires certain cooking level. If your sim doesn’t have enough skill, some recipes won’t appear!
A: Some recipes only show up at certain times of the day. Please read the Contents of the Package section for detailed information.

Q4: Mod Conflict Detector says this mod conflicts with something. Should I be worried?
A: The Conflict Detector is an useful tool, but it can’t be always right. Due to the way it detects conflicts, there are chances the tool lists an okay mod as broken or conflicted or corrupted. We’d say you don’t have to be much worried about the error especially when the “conflicts” are between the mods by Foodgroup or its members. Some “conflicts ” are even intended and we are fully aware of them.

Q5: My sims are obsessed to custom food.
A: It is a known issue. Please read the Known Issue section below for more information.

Q7: Some foods are stuck in inventory and I can’t get rid of them.
A: This is a known EA issue, not something caused by custom foods. To fix this glitch, you can simply reset your sim or have the sim travel to another lot.

One user reported that it didn’t work for them when they extracted with WinRAR, but with 7zip it did. So if you can’t seem to get any interactions to show up in your game, try using 7zip.
As explained here and here, it is known that sims are obsessed to custom food. Unfortunately there isn’t a clear solution for this issue for now.

Credit:
Made with XML Extractor, Notepad++, s4pe, Python 3.3, Sims4Studio.
Graycurse for helping us improve the script.

2. Extract: Use 7zip (recommended), WinRAR (Windows) or Stuffit (OS X) to extract the file(s) from the .rar or .zip file(s). OS X also has a built-in utility for that (just rightclick).

3. Move: Put the extracted folder in /Mods. It contains two files (a .package and a .ts4script), you need both.