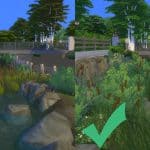 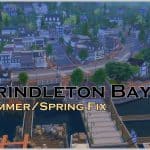 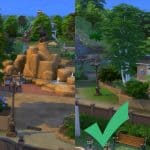 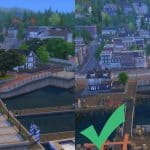 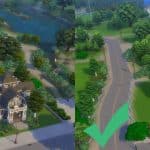 Brindleton Bay is my favorite world, but one aspect of it always irked me after Seasons was released – the base version of the world has an early autumn aesthetic. That was perfectly fine when there was no Seasons, but now we have Springs and Summers where the trees are awkwardly tinted with autumn colors, some of the grasses are dry, and the terrain is a duller green.

With this mod I set out to fix that. The base Cats & Dogs world trees, grasses, and terrains have been edited to be more vibrant and green during Spring and Summer, like in EA’s other temperate region worlds. This is achieved by overrides of the terrains and plants.

This mod will conflict with other mods that override EA’s terrains and plants, such as k-hippie’s!